The Effects of a Potential ACA Repeal on Hospitals

While the Affordable Care Act (ACA) repeal seems less likely, it’s still a possibility and this uncertain situation leaves health system administrators and physicians to wonder what will happen in the event of repeal. To quickly recap where we stand as of this writing, in the final week of July, six months into the Trump presidency, the GOP pushed hard to deliver on their promise of seven years to repeal the ACA. In the end, three repeal bills failed as did a final, dramatic attempt at a “Skinny Repeal” when John McCain entered the Senate at 2 am and gave the thumbs down and a no vote. The outcome: Chuck Schumer, Minority Leader, and others, have called for a bipartisan approach to fix the healthcare system. While there is some bipartisan activity brewing, and the GOP is urging President Trump to keep subsidies for those with lower income, the President would still like to see some version of repeal.

The Hard Numbers of Repeal

The American Hospital Association (AHA) and the Federation of American Hospitals (FAH) commissioned a study by Dobson DaVanzo & Associates, LLC in 2016 to understand exactly what the impact of repealing the ACA would have on American hospitals. The study was based on specifications for ACA repeal on H.R. 3762, which was vetoed by President Obama, and reflects what the GOP would like to get approved with a Republican president. The study found that between 2018 and 2026:

Specifically, a repeal that targeted Medicaid expansion, premium tax credits, cost-sharing subsidies and penalties for not participating, would mean that many of the millions who came onto the insurance roles due to the ACA would fall off. The CBO estimates that number would be 24 million by 2026. Mincing no words, the report declares that a repeal will “represent an unprecedented public health crisis as individuals would lose their insurance coverage and no longer be able to follow their prescribed regimen of care.” The report goes on to declare that “reduced Medicare and Medicaid DSH payments, if not restored in a repeal bill, would present serious challenges to hospitals, which would have to absorb the cost of uncompensated care associated with these newly uninsured individuals who need and receive hospital care.” Obviously, hospitals that cater to a low income population would be hit the hardest.   The lost revenue from uncompensated care will hit hospitals at a time where they’re already stretched as they are being asked or mandated to invest in Alternative Payment Models (APMs) for Medicare.

How a Repeal Must Work

Rick Pollack, AHA president and CEO, and Chip Kahn, FAH president and CEO have not been sitting passively by waiting for a crisis. Last fall they sent then President-Elect Trump a letter proposing solutions that included:

Their letter also included this warning:

“Losses of this magnitude cannot be sustained and will adversely impact patients’ access to care, decimate hospitals’ and health systems’ ability to provide services, weaken local economies that hospitals help sustain and grow, and result in massive job losses. As you know, hospitals are often the largest employer in many communities, and more than half of a hospital’s budget is devoted to supporting the salaries and benefits of caregivers who provide 24/7 coverage, which cannot be replaced…”

Voices from within the healthcare field continue to weigh in, and are heard, as our representatives work to change or repeal the ACA. Understanding the impact is critical as we move forward. We’ll continue to make updates from the perspective of healthcare professionals including an article on what steps medical groups can take to mitigate the financial impacts, so stay tuned to this blog.

Physicians are more frequently turning to medical scribes to help relieve the...

END_OF_DOCUMENT_TOKEN_TO_BE_REPLACED

How a Medical Scribe Helps a Family Medicine Practice

The American Board of Family Practice was officially recognized in...

END_OF_DOCUMENT_TOKEN_TO_BE_REPLACED 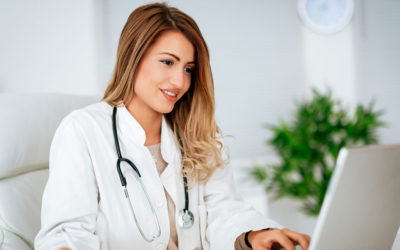 Every medical practice is different, and not all hospitals are alike. When it...